Maybe it seems strange that a man of the cloth would become known as “The Father of Bourbon,” but Reverend Elijah Craig was given that title because of something he did with whiskey barrels at the distillery he built in 1789. He charred the inside of them. How he came up with that idea is uncertain. Some believe the whole thing was an accident where some new barrels got charred in a barn fire and frugal Reverend Craig couldn’t bear to toss them out. Others believe claims that his frugality led him to use old barrels,
so he charred the insides to kill any flavors from the barrel’s original contents. No matter how it happened, charring the inside of oak whiskey barrels was a discovery that set a milestone for creating what would become the world famous Bourbon.

From the iconic home of Bourbon, Kentucky USA, Black Barrel Bourbon is produced using only the finest grains and iron-free water filtered through limestone to create a traditional and authentic Kentucky Straight Bourbon. At 40% alcohol by volume (80 US proof) the bourbon is wood aged for a minimum of two years in new charred American Oak ageing barrels where it interacts with the caramelized wood beneath. The end result is a smooth, mellow bourbon that is rich in flavours of caramel and vanilla, yet soft on the palate. 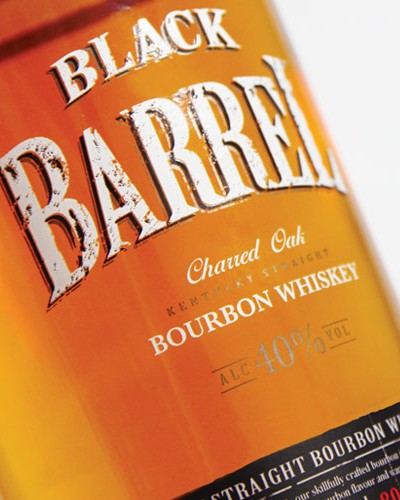 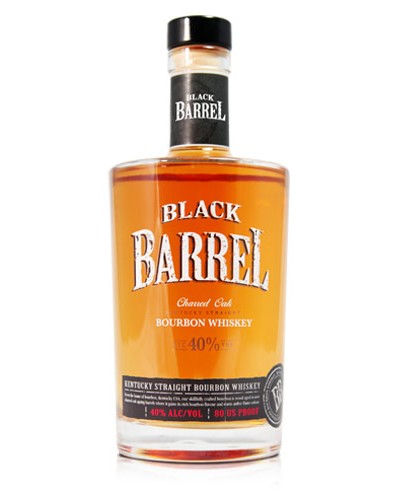